My weekly wrap-up for March 2nd – 8th was interesting, books from different age groups I am really proud of myself. 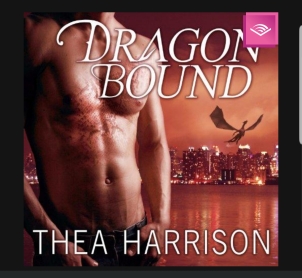 Half-human and half-Wyr, Pia Giovanni spent her life keeping a low profile among the Wyrkind and avoiding the continuing conflict between them and their Dark Fae enemies. But after being blackmailed into stealing a coin from the hoard of a dragon, Pia finds herself targeted by one of the most powerful—and passionate—of the Elder Races.

As the most feared and respected of the Wyrkind, Dragos Cuelebre cannot believe someone had the audacity to steal from him, much less succeed. And when he catches the thief, Dragos spares her life, claiming her as his own to further explore the desire they’ve ignited in each other.

Pia knows she must repay Dragos for her trespass, but refuses to become his slave—although she cannot deny wanting him, body and soul.

Angel
He was the boss from hell. Overbearing, egotistical and rude. He ridiculed everything about me from how I dress, to my hair and even my plus size figure. I hate him. The only thing nice about that man was his outside appearance and damn was it nice to look at, everything else especially his personality was a throw away. Ready to hand in my two weeks notice, there’s a significant shift in his personality. That’s when I see that everything is not as it seems.

Channing
She was the employee from hell. Big ass, big legs and big breasts. She was downright sexy and I did everything I could too keep my attraction from showing. It was excruciatingly difficult, but I did it. It was all going so well, until one day she tried to leave me. I couldn’t have that. I needed her there. She was the bright spot in my life. My Angel. My everything. If she thought she could leave me then she had another thing coming, because she has no idea just how vital her presence is. I think it’s time I show her just how important she is to my sanity.

No cliffhanger for original couple.

Plucky 14-year-old Viva Durant heads to New Orleans every summer to spend time with her loving but stern grandmother, known as Gram. After Gram reads Viva an article in the local paper about a missing treasure related to the world-famous song, “Miss Mary Mack,” Viva traverses the Crescent City on an epic adventure to solve the mystery. Along the way she meets some of the city’s most colorful characters as her journey takes her to the French Quarter, a jazz club, a creepy cemetery, and even the circus. Can Viva rise to the occasion and solve this musical mystery? Listeners will find Viva Durant and the Secret of the Silver Buttons a joy to listen to!

What books did you finish last week?