Dwayne McDuffie, better known for his comic designs and creations. The creator of the infamous Static Shock from the DC Universe also brought forth Justice League America editions released in 2009, She-Hulk published in 1990, Justice League Unlimited, as well as working on Ben 10 those are just the top names of multiple projects he had his hands in. McDuffie was also one of the masterminds behind Milestone Media founded in 1993 alongside Deny’s Cowna, Derek Dingle and Michael Davis. 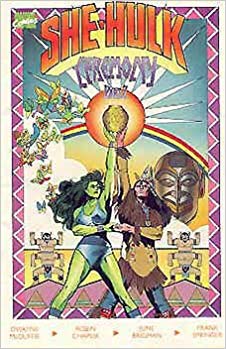 Stay tuned for tomorrows reveal of the next graphic novelist, until next time readers, be sure to Read THS!